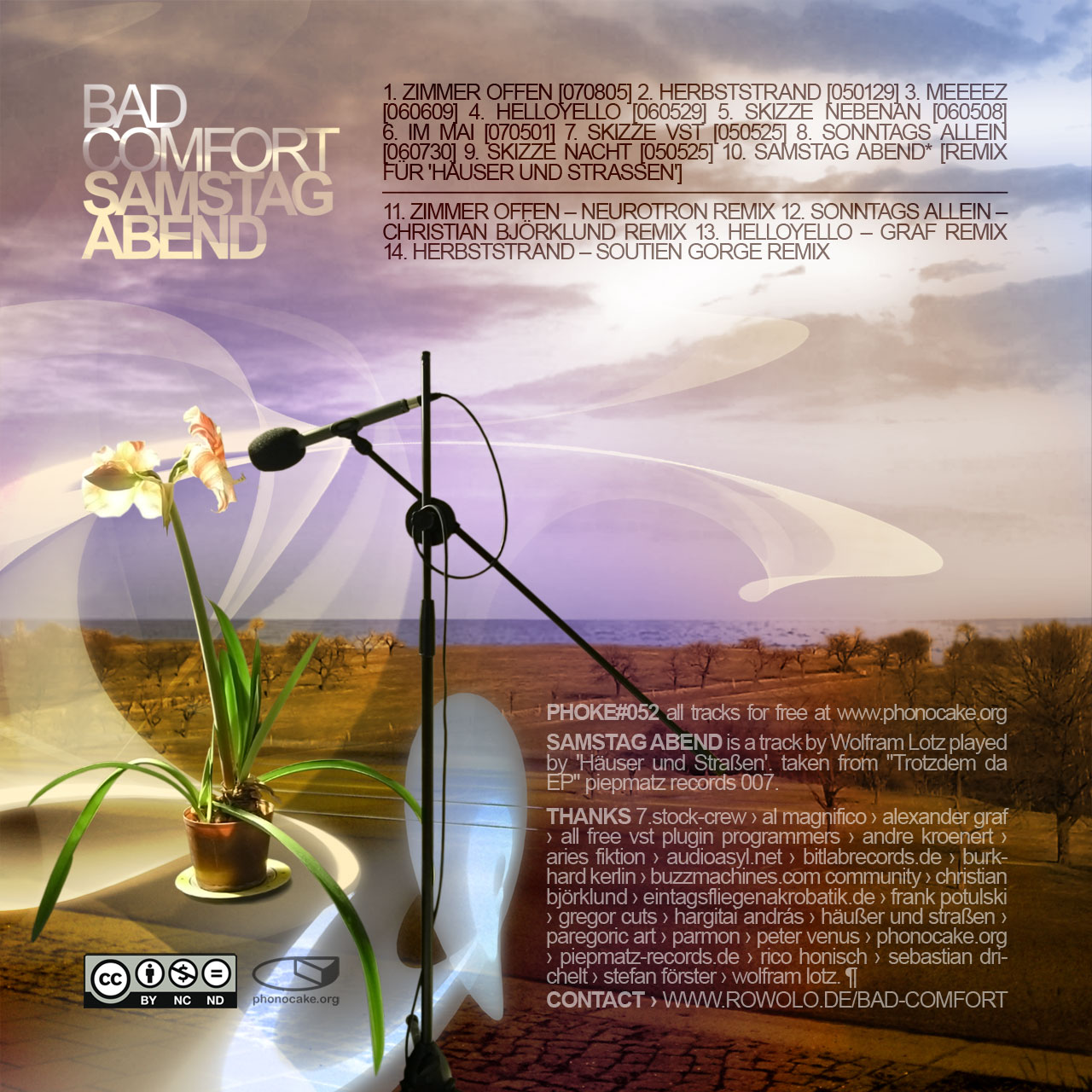 Slowly moves the Phonocake "catalog-squirrel", although in times
of immense electronic music quantities. It is saturday evening,
not everybody sits at home, but some do. We live in a town, where
tristesse but also beauty is well known. And the soundtrack of
this insight emotional world comes by Bad Comfort these day. It
is November in 2008, the snow went down and is thawing now, but
that's not relevant in the digital world. The Sounds go around
the world, into warm and in the even colder regions. Greeting go
out to Montevideo, Krasnodar, Stockholm.

Bad Comfort alias Konrad Behr is back with his third release on
Phonocake. After the initial number One and the Postplatz EP
(Phonocake 21), things work out for a complete album in electronic
music art, harmonic, calm, thoughtful, as it is some times on this
label here. Next to nine titles of Bad Comfort, 5 remixes made by
friends follow them. Welcome remixes by DeepDubTechno-Specialist
Neurotron and the hungarian musician Soutien Gorge, who shouldn't
be a noname in the netlabels world nowadays.

This release can also be downloaded in the lossless FLAC-techno-
logy and at the same time it will be the first release offered
alternatively as Ogg-Vorbis-files, right in the steps of the
current 'Play Ogg!'-campaign. besides this, a PDF for printing a
CD-Cover is offered. Grateful we look in Sebastian Drichelt's
direction, who made the artworks.

Uploaded by phonocake.org on December 3, 2008